A mod I've been working on for a while now, since I've posted it on this wiki, years ago.
The mod is about the game called Undertale and uses some lore and characters from it, so if you haven't played or watched Undertale before, spoiler alert (kinda).

The mod is on ModDB

Is there anything that I miss?
If anything, please report a bug in this topic.
Note:
Please read the ToDo List before you install and play the mods

HUD may be disabled when you first launch the game, make sure to turn it back on.
Also, I recommend using the 4GB patch so the game runs much smoother and without texture bugs/glitches.

If you see any bugs feel free to let me know and I'll try my best to fix them!

Also, if there's missing in the current version where I've missed, let me know if you've played a previous version before. Besides, I may be forgetful, you know.
Thanks for all the support and have fun! 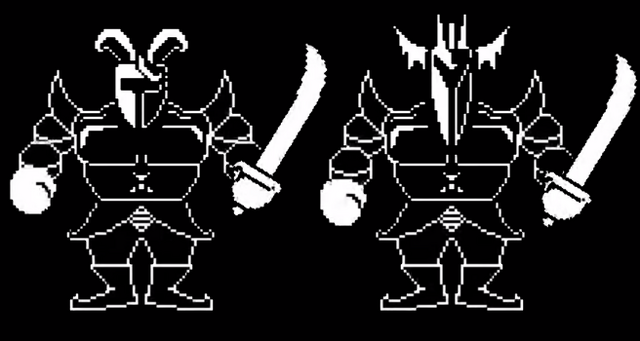 On top of that, I preferred the human capturing and containing monsters. Don't you know about the backstory of this AU? Well, it goes like this:

"Long ago, two races ruled over Earth: HUMANS and MONSTERS.
One day, war broke out between the two races.
However, humans never fully trusted the monsters, and the war they brought out was less of a war and more of a roundup.
After a long battle, the humans managed to capture every monster and contain them within the SCP Foundation for testing."

#4 by GreatCorn
The game's pretty good and got big potential, why would you always try to ruin it?
-Corn
Nin10doGMod
Nin10doGMod

GreatCorn wrote:The game's pretty good and got big potential, why would you always try to ruin it?

#6 by jamesjackson
This underground area encounters several monstrous things too that you need to face to destroy them or to create a good bond with them. Just like the Undertale’s story, there are several other games that you can consider as good alternatives. So if you are here to find some best games like undertale.
find some best undertale like games.
Ch͝ar̸a
Ch͝ar̸a

#7 by Ch͝ar̸a
this mod is great but, Some sound files and documents are failing to load and creating memory access violations.
Nin10doGMod
Nin10doGMod

Ch͝ar̸a wrote:this mod is great but, Some sound files and documents are failing to load and creating memory access violations.