#1 by SCP-Sean
I am always intrigued by beta and removed things from games, and this one is one of my favorites.

SCP-689 was, as some may know, and old SCP from the game that was removed for being, *QUOTE FROM REG* Overpowered and over-the-top.

However, I think the object should be added BACK into the game. I have made some improvements on the textures and some ideas.

idea 1: 714 can be used to block the effects of death once the statue is gone.

idea 2: death can be better. the vision of the player goes blurry, and then they die after 15-10 second of bleeding or just death, and upon happening, the death message can be: Subject

was found dead at

The room can be the same but majorly improved. The room can be in Heavy containment, with metal panels for walls, doors used in the D-Class block, and over all better looks. The floor can be metal3 or something. And a camera would be cool. 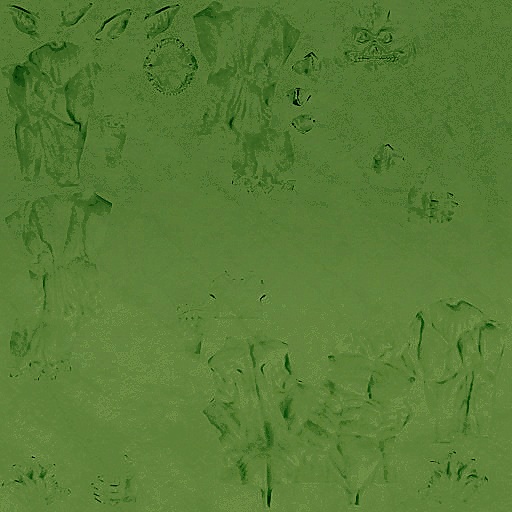 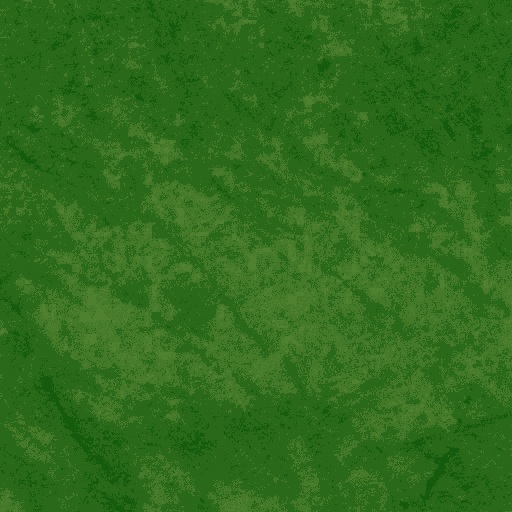 This thread will likeley get nowhere.

#2 by SCP-500
It was removed due to being overpowered but that could be worked around, give the player some warning before it's containment chamber and give the player a reward for going in or a reason for going in so it doesn't end up like 1025 and become pointless.
ERIC IS LOVE, ERIC IS LIFE.

#3 by Akatos
I really don't think it's a good argument that this SCP would be pointless and overpowered. Look at 1025, 012 and 895. They all are pointless and can kill you if you come to close. Personally I'd like to see 689 in-game. After all, the player don't have to enter it's chamber, so it wouldn't be that overpowered.
Do you think NASA invented thunderstorms to cover up the sound of space battles?

#4 by Mirocaine
Yeah heres the old placeholder model that was never used in-game too:

I had originally planned to make a model of this and Moonsaber did a fantastic piece of concept art for it, I just never could get around to doing the skeleton properly (proportions always

Anyhow I'm not sure if it will be something in the future, we already got 173 and 096 as variables in vision based SCP's this thing simply just kills you if you look away from it. So you basically just lose as soon as you see it (then again same factor for 096).

I'm sure it could be something for modders to put in as one of their things.
SCP-Sean
SCP-Sean

#5 by SCP-Sean
It could be noted by the 'clever' players that actually VIEW and know if an SCP is safe or not. although, I also check the document before as soon as I can, for any more warnings. I hesitated before seeing 079 once, and I read the 1123 (skull) document and in red writing it said DO NOT TOUCH. So I didn't, so basically CLEVER players will notice it's danger. It COULD though be a way of killing MTFs. but that may just be over-doing it a little.

Also, its always interesting to see what eventually happens when you restore a beta removed element. I mean, just look at SCP-513 and SCP-513-1! That went from a sound played without will and a 2D image popping up and RARELY scaring you, to a fucking horrifying stalker! I opened a door once and 513-1 was there, and then it just floated there, I looked behind me, and the back, and it was gone. BEST, MOMENT, EVER. it could be as epic as that kind of moment.

ALSO: I did find 689's room once. I teleported to it. there was a door button that was floating in the air that opened a containment door, a weird small room with room for 1 and 2 of a squeeze, with a pedestal on it, where 689 SHOULD have been, 2 rooms smaller that the pedestal room, with nothing but a shelve with a battery on one and a radio on the other. 689 was floating in the air, as a tiny model, the size of a duck

, next to the door button. it was rather interesting.


Mirocaine wrote:
I'm sure it could be something for modders to put in as one of their things.

If it would not be in the game by default, it COULD be a little thing for the box of horrors. The room could contain a dead D-class (maybe with a new skin, we are overusing the bald one) and a dead janitor. But I think im overdoing it a bit now.
bleh

Mirocaine wrote:I'm sure it could be something for modders to put in as one of their things.

Maybe a future addition to the box of horrors?.
ERIC IS LOVE, ERIC IS LIFE.
Brunou8
Brunou8

#7 by Brunou8
I talked with Regalis some time ago about this via PM. Actually I agree with the implementation of this SCP to the game. In fact I suggested the same idea which you gave about SCP-714, but with a little variation: Okay, let's see. SCP-689 kills you in the moment you look at it and then look away. My suggestion was that if you use SCP-714 before looking at SCP-689 and then you look at SCP-689 it won't mark you as a target because you're using SCP-714. Because SCP-689 marks you as a target in a non-physical way and as we all know SCP-714 blocks non-physical effects from other SCPs.

I was about to talk about this SCP and other "scrapped" SCPs. Because I think they should be implemented to the game instead of being preserved as a rejected idea.

Mirocaine wrote:I'm sure it could be something for modders to put in as one of their things.

Maybe a future addition to the box of horrors?.

I agree.
Do you think NASA invented thunderstorms to cover up the sound of space battles?
SCP-Sean
SCP-Sean

Im sorry, but may I just point out that when something like this happens, its like a broken record tape:

Aaaanyway, 2 notes:
1: I think that the containment chamber should have an event like 895's chamber, where when you approach the closed door to 689, 106 appears just before you get in the button's reach, alerting players to avoid the door, knowing that if THAT happens, it HAS to be something dangerous inside.

2: Maybe a paper bag in one of the cabinets in the smaller rooms, that COULD be possibly for bagging 096's head before he is enraged, so you can walk around him, feeling a lower sense of fear or hearing that god awful creepy sound. But that can be for another thread (the 096 thread).

Nope, just a goomba with arms.

SCP-Sean wrote:Im sorry, but may I just point out that when something like this happens, its like a broken record tape:

The problem with 689 is that it doesn't really do much new, you see it, you turn away, you die, the only thing that differentiates it from 173 is that blinking doesn't effect it, it's like a combo of 096 and 173.

What kind of reward would be really worth going in there that you couldn't get elsewhere?, imo i think it would work best in the BOH, besides maybe at some point everything in the BOH could get added to the main game, that's just what i think.

EDIT: I had an idea.

Maybe you could come across is chamber from a hallway, when you approach an MTF/Scientist backs out slowly and would be staring into the open door, if you get close to him he would turn to you and die and 689 would spawn on top of his body and effect you, if you had 714 on you could pass through and get past.
ERIC IS LOVE, ERIC IS LIFE.
Page 1 of 9
85 posts
Post Reply