I'm a thread of yarn.

"Run! Get to Gate-A or B! Try to run without SCP's and MTF's spotting you! Try to get items that help, and escape."

#2 by D-9999
For the love of god, just use the new suggestions thread. Or put all your things into one thread. We are tired of all your threads taking up space, so just have one for all of your "collaborations." Please, for our sanity.
My YouTube. I make bad content.
My Steam. Add me if you'd like.

Oh my god. SHUT THE FUCK UP!!! We do not need a new post every god damn second for one sentence.
Don't worry about your son, he will be sent to the deep dark depths in no time.

You can literally add this in yourself with little effort. I'm not joking. Take a picture of 1048, crop out the background, go to the .ini file for loading screens, add it.
eric
CLgaming
CLgaming 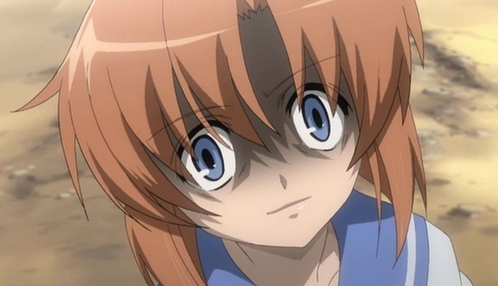 Oh my god, her face is so fucking perfect. So much Higurashi in this forum today, I love it.
My YouTube. I make bad content.
My Steam. Add me if you'd like.

#7 by Trialtrex21
Yeh fuck this thread.

#8 by Omniary
If you had wanted a proper answer, yes, it's rather odd 1048 doesn't have its own loading screen at the moment. It's one of the few non-Joke SCPs that's played out as an easter egg, however, so it's understandable that its current implementation isn't significant enough for a loading screen. The loading screens are most usually provided for SCPs that are imperative to learn more about. Documents are more so just played out for everything else, exposition-wise.

I suggest (heh) that you post all further suggestions in the actual suggestion thread. Contrary to relatively-to-not-so popular belief, it's not just for SCP suggestions and can be used for little things like this thread. Sorry you were made aware of this so late, I feel like that's more something I should feel at fault for.
It slep time bunner.
8 posts
Locked