#3572 by WhiteAce
So like, I've been doing the same thing day in and day out for about 4-5 years, I am beginning to think it's time to break out of the mold and work on something creative, either an RPG game, made using RPG Maker VX Ace or another Doom mod for GZDoom, but the thing is I don't want to do a lot of what other people are doing so let me line up a lot of my positives and negatives with each side, and maybe one of you guys can decide what seems like the best idea:

RPG Maker VX Ace positives/negatives are: I already have a story and a name for something along the lines of a role-playing game and I feel like I really need to bring it to life the problem is, it's still pretty fragmented in my mind, I have bits and pieces of what I want to do but I haven't yet connected the dots another positive is that the RPG Maker already has the turn based battle system which I want however I also feel like adding a bunch of items and equipment for the player to use is slightly tedious, if I want to do this right, I do want to have a lot of weapons and useful (within reason) items, then there's a bunch of balancing breakdown for each equipment item, how the player obtains it and so on another good thing is, I have made character sprites before and I can do simple things like icons for weapons and so on however I can't seem to make terrain or walls, this is a big downside for me.

Doom mod positives/negatives are: I feel pretty limited, I've always wanted to see something similar to the style that Doom RPG for mobile uses, the only exception is I want to keep all the nice little features like 3D floors and higher ground instead of it being pretty much a 64x height flat and bland looking elements, things like freelook might have to suffer though because the player will only be limited to looking N,E,S,W and like the vanilla Doom, the player won't be able to look up, one of my major main concerns is that like my previous mod, the Doom AI will be ridiculous and just get stuck pretty much everywhere instead of using path finding to approach the player, my main concerns are the Pinky's and lost souls, for this I feel like I might have to incorporate someone's help like Doomero for example who seems to like incorporating other games into Doom or gameplay aspects of other games or maybe even Chubbzdoomer (even though he has seemed to have strayed from Doom) Chubbz had some pretty unique ideas such as incorporating an RTS game into a Doom mod, I feel like I would need some sort of base code, something to build off of, but right now I just can't seem to have any ideas other than using a players X and Y coordinates and then referencing them in a script.
Mandatory blank signature, here.

#3573 by MAntis
Oh, I wanted to start learning RPG Maker maybe for 3 times, but a lack of free time and laziness ruined my dreams :(

Noice (to see you). Do you have any topics to talk about?
I lead the SCP Auchenharvie Splinter.
Current Rank: Class C - Containment Specialist (Level 4).
Tester: Box of Horrors, SCP-CIM, N.T.F.
I develop the Future Horror Mod 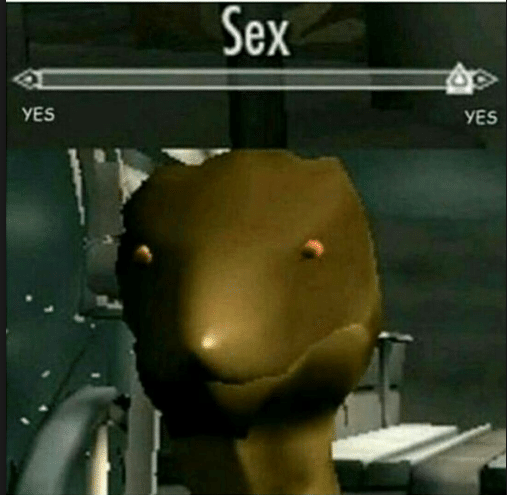 #3579 by hug0905
Since it's been five years since I joined these forums, I've been looking at the first threads I've made...

...and boy do I feel so old.
This profile's been around for nearly eight years

#3580 by Jill
http://scrungus.club
"now that the victim is in place, the killing bite will be administered in 10 seconds." --Valve.