#1 by Regalis
I was going through some of my old game projects the other day and though it might be fun to share them with you guys. The oldest is from 2007, when I'd just started making games, and the newest is from 2011. In general they're horribly bad (and most of them are nowhere near finished), but maybe someone can get a few moments of entertainment out of them. Or at least see an example of how much you can improve if you keep practicing.

Here's an overview of all the games in the package (from oldest to newest): 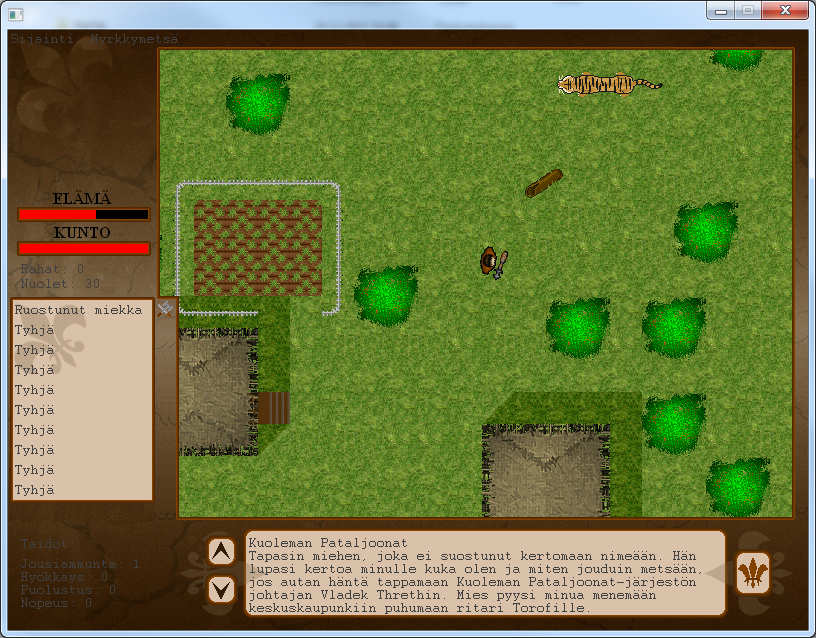 A top-down RPG game where you're trying to overthrow the evil king or something. It was written in CoolBasic, which is a language/engine written in Blitz3D. CB is horribly slow and limited, but I'm not sure whether I would've ever gotten into programming without it: being made by a Finnish programmer and having a really active Finnish community and tons of tutorials in Finnish made it much easier for me to learn back then.

Unfortunately, the game itself is also in Finnish (actually it might be a good thing because the writing is extremely cringeworthy).

The amazingly well thought-out controls:
- Arrows to move
- Right control to hit with a sword
- Space to fire the bow
- Enter to use doors or move from an area to another 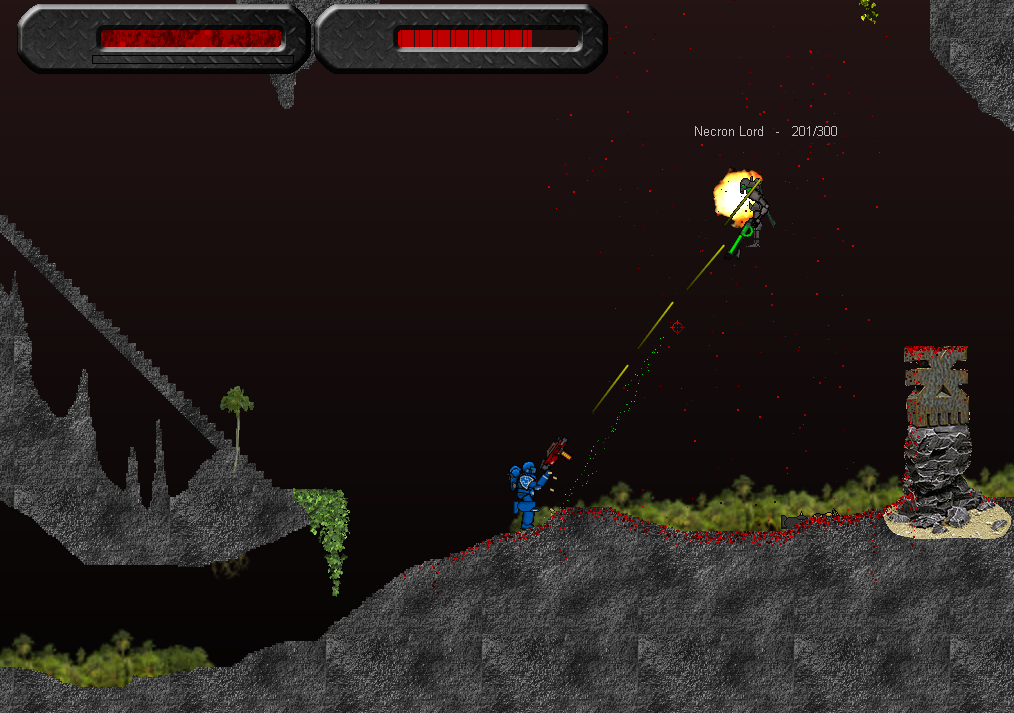 This one is definitely the best out of these five. It's a side-view 2D shooter set in the Warhammer 40k universe (yes, I was already good at taking advantage of other peoples' ideas back then). It was actually one of the most popular games written in CoolBasic, but (unsurprisingly) never got any attention outside the CB community. And yes, I'm aware that the game is an intellectual property infringement, but I find it so unlikely that GW would have any interest in this that I'm willing to take the risk. But if any of you GW lawyers happen to be reading this, please contact me and I'll take it down immediately. 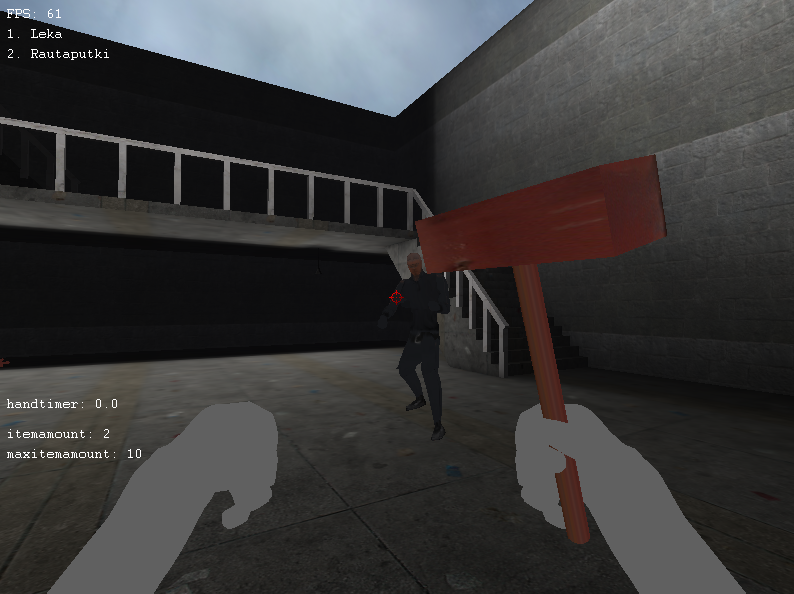 This isn't really a game, just a simple 3D scene made using Blitz3D and 3D World Studio (and the first time I did 3D or used anything else than CoolBasic!). I think I had some vague idea of a horror-ish game where you'd try to escape some sort of mental hospital, but this mess is as far as I got. You may recognize some of the assets btw.

Controls:
- Arrows to move
- Left click to pick up or use items 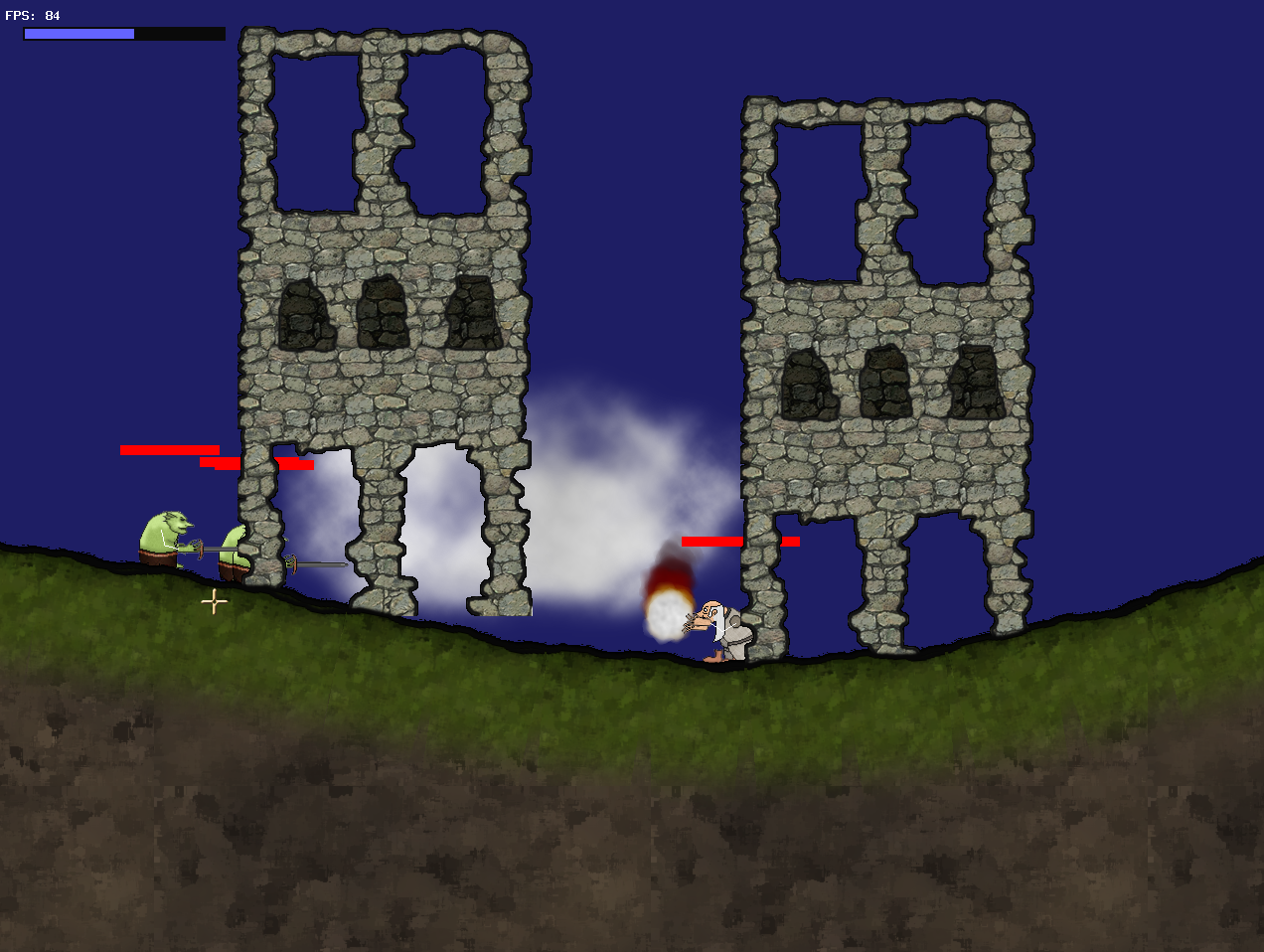 A simple little game that might've worked as a casual mobile game if I had ended up finishing it. You control a druid/wizard/something and try to defeat waves of orcs/goblins/something. You have a couple of magical powers to use: shooting fireballs, levitating and magically moving fireballs or rocks from a distance (and trying to throw them at the enemies).

Controls:
- WASD to move
- Mouse to aim
- Mouse 1 to shoot fireballs
- Mouse 2 to move objects from a distance 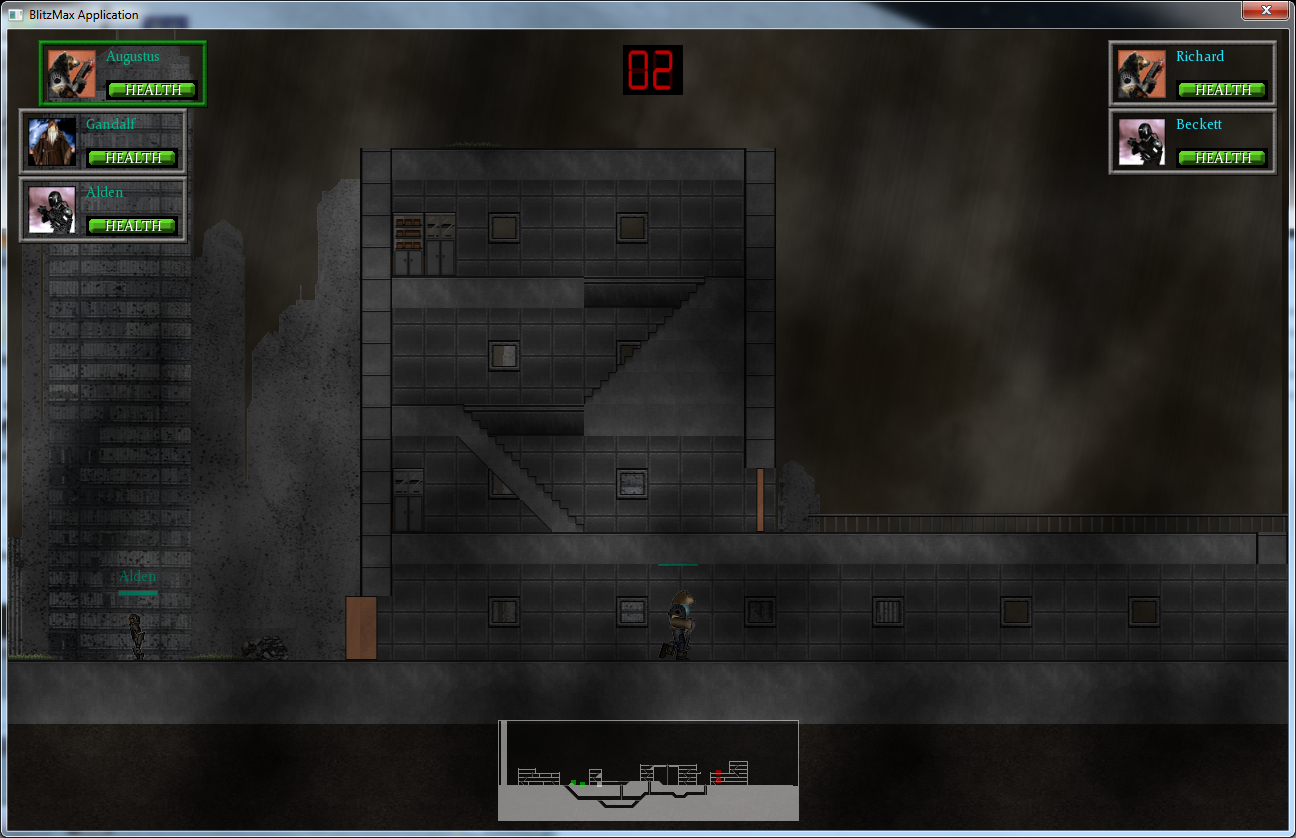 I think the basic concept of this game was pretty good, but simply wasn't fun to play the way it was executed and I lost interest in the project pretty quickly. You recruit a team of fighters from an assortment of random races/characters (zombies, ninjas, wizards or something called "Bears of War"), buy them some weapons and enter a tournament where you're pitted against other similar teams. The actual fights are kind of like in the old 2D Worms games: they're turn-based, and during each turn you have 10-or-so seconds to control one of your characters.

#2 by Astray488
Hey actually some of these look pretty cool !

I'll have to give a review after trying them~
http://steamcommunity.com/id/Astray488
>Previously known as Mirocaine.

#3 by FoxMccloud64
hey its me ur old shit


You should put these as minigames or something in CB or Barotrauma (is that the name?)
WOOMY! *squid glibberish*
my water changed to this form by boiling, extensively used for the generation of mechanical power, for heating purposes, etc.

#5 by Astray488
So I got around to trying every single game (from oldest to newest). Definite favorites were the 14th Crusade and The Arena.

I actually feel like The Arena could've been something big, but the turn-based style like you said felt executed wrong. They were still a lot of
Spoiler
fun!
http://steamcommunity.com/id/Astray488
>Previously known as Mirocaine.

#6 by yonzo_rikuo
aahh... these old time where i used to play shitty flash game
Furries and FnaF fan must be terminated to avoid incident-[REDACTED]
- DR.Yonzo

#7 by Zackonark
And here I thought you started everything off with SCP-087-B.
For starter games, they look pretty good, I doubt I'll ever play them though. I tend to stick to only a handful of games.
I'm a lead developer of the SCP Containment Breach Unity Remake. Check it out! You might enjoy it
Official Website
7 posts
Post Reply