#1 by EternalError
DESCRIPTION
(Name is temporary)
The aim of this mod is to expand the amount of useful items the player can acquire throughout the game. Anything from different anomalous objects to syringes and so on. I found the lack of critical items in the game to be fairly limited. To me, the only must have items are SCP-500, Super NAV, Super Gas Mask, and a Level 5 Key Card. Notable exceptions may include SCP-1499 (probably the best item in the game) and SCP-714. The longer this project is worked on, the more items will be added and maybe a few new SCPs not currently in the game. 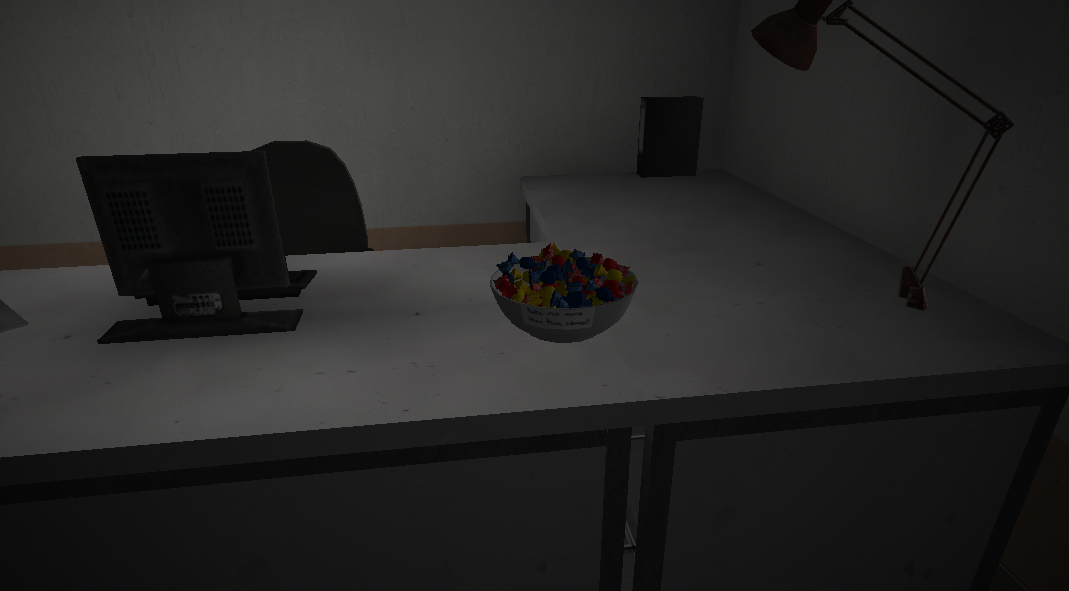 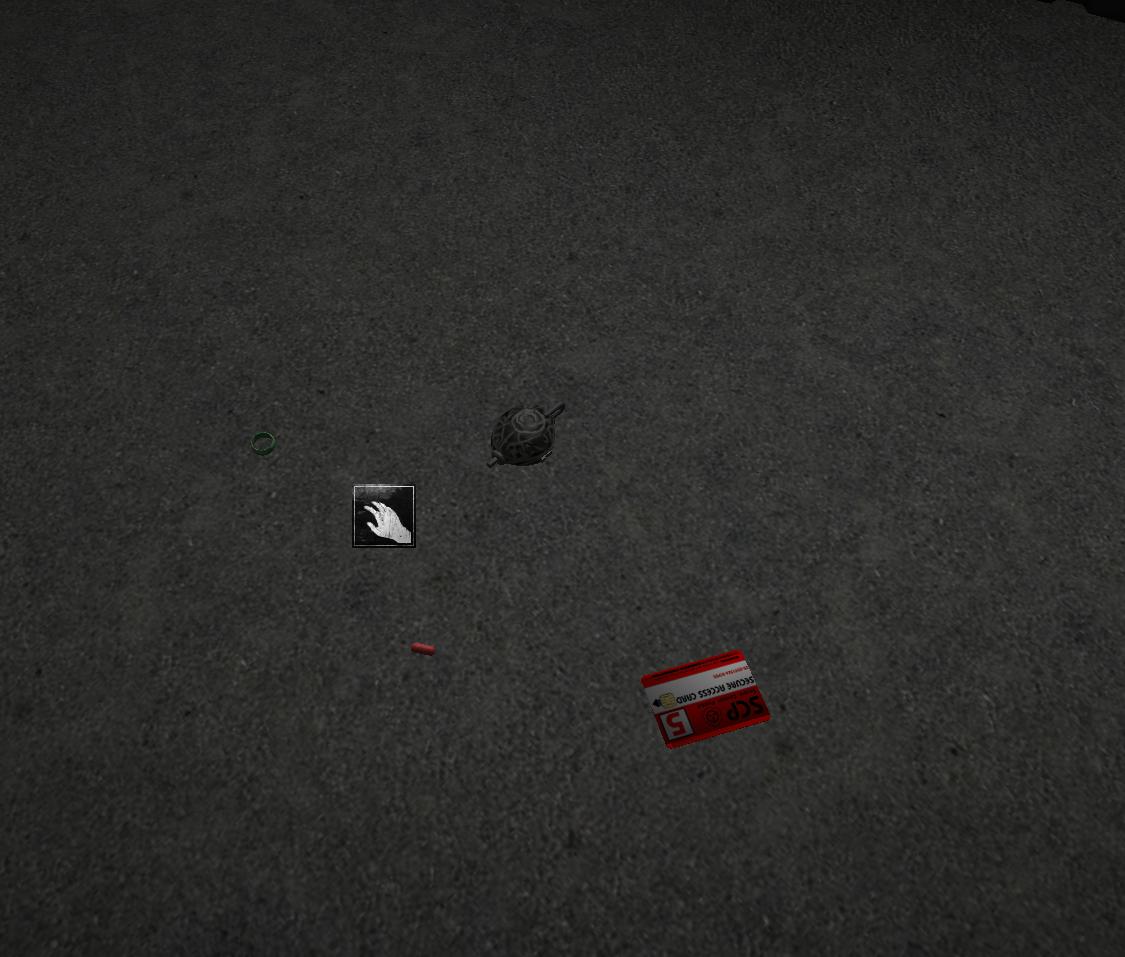 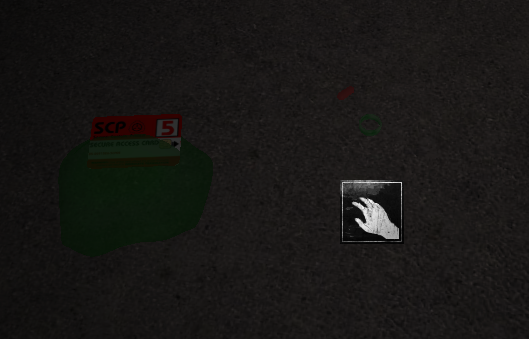 NEW USEFUL ITEMS
Painkiller More items will be added as I think of them and code them.

FUTURE PLANS
SCP-505 - Ink Stain:
• Going to be located in heavy containment. It will infect the player with ink unless the player is wearing a hazmat suit.

SCP-090 - Apocorubik's Cube:
• Also going to be located in heavy containment. Touching it will trigger a catastrophe.

SCP-047 - Microbial Mutagen:
• Not much is planned for this object yet. Check back later. It may or may not be added.

SCP-882 - A Machine:
• See above. This one may be more likely to be added. Will probably either be in heavy containment or light containment.

SCP-077 - Rot Skull:
• Not much is planned for this either. This one may not be likely to be added.

SCP-1013 - Cockatrice
• An NPC that you shouldn't look at. Wanders around the heavy containment and possibly the entrance zone.

SCP-035 - Possessive Mask
• I plan on giving this SCP more of a role after you free him as another memetic hazard. This idea is still a work in progress and may not be implemented.

SCP-682 - Hard-to-Destroy Reptile:
• I plan to add 682 as an actual enemy to encounter and get killed by. It will also come with its own containment chamber in heavy containment. This plan is not so final.

More SCPs to come if/when I can find good ones. I might take suggestions.

CURRENT DEVELOPMENT
Version 0.4
Spoiler
• SCP-330
In Progress: • SCP-505
In Progress: Completed:
KNOWN BUGS
Version 0.3 (As of 7/9/2017)
Spoiler
• Dropping Candy from SCP-330 will fall through the map. (Hotfix: Exiting the game and reloading fixes the issue)
• Using 447 Items will still cause the unique death screen after the effects wear off.
Version 0.2 (As of 7/1/2017)
Spoiler
• Taking an item from SCP-1162 when no item is in the Player's inventory causes an immediate death screen with no text. (Will be fixed in Version 0.3)
• Dropping items enhanced by 447 will still cause the unique game over screen.
• Dropping 447 while holding another item related to 447 will not cause the unique game over screen.
CHANGE LOGS
Version 0.3 (As of 07/09/2017)
Spoiler
• Added new object: SCP-330
• Added new items: Wrapped Candy, Fine Wrapped Candy, Very Fine Wrapped Candy
• Added new document: Document SCP-330
• Fixed a bug that caused an instant death with no text when activating SCP-1162 without an item in the player's inventory.
• Fixed a bug that caused the SCP-447-2 death screen to appear after the player dropped items enhanced by SCP-447.
• Fixed a bug that prevented the SCP-447-2 death screen to appear if the player is holding multiple copies/items of SCP-447 and dropped one of them.
• Fixed a bug that caused SCP-427 to mutate the player extremely quickly.
Version 0.2 (As of 06/30/2017)
Spoiler
• Added new object: SCP-447-2
• Added new items: Minty First Aid Kits, Strange Bottles, Eyedrops, and SCP-500-1
• Added new item: Painkiller.
• Added Loading Screen entries for SCP-427 and SCP-447.
• Fixed a bug that prevents mutations persisting after closing and relaunching the game.
• Fixed a bug causing mutations to persist between quick loads.
• Fix a texture issue related to SCP-427.
• Changed SCP-427 death screen text slightly.
• Removed the chance for SCP-500-1 to be created from a Strange Bottle with SCP-914.
This is pretty much my first mod for SCP:CB so feedback would be appreciated.

#3 by ashadttt
Can't wait until its done

#4 by EternalError
New version. Having trouble updating it to 1.3.8 though. Also the death message has been changed to something more appropriate.

DL_Baryonyx wrote:Maybe you could merge with the SCP Ressurection mod since they planned to add SCP-427 in there mod

I mean, maybe. If they like my instance of SCP-427, they could add it if they really wanted to. I plan on adding my source code after I make some considerable additions to my mod anyway.

#7 by EternalError
New version released. This one has it's own model now. (Source files also included)
IGORJOLT
IGORJOLT

Maybe it could be some kind of Zombie/Slime hybrid that could be extremely dangerous ?
[edited]: Wait forget it I looked a Canon tale about 447 and
What exactly happens when it touches dead bodies is
Spoiler
to quote the tale "447 makes the dead come back to life. That's it. No zombies, or mutants, or any of that monkey-paw bullshit."
Last edited by DL_Baryonyx on Wed Jun 21, 2017 12:26 am, edited 1 time in total.

IGORJOLT wrote:Wow a model of scp 862 cant wait are you working on it or no also when it is gonna be done and if i can help please just let me know it is my favourite scp so can't wait to see it in game

To be honest, it is probably going to be one of my final objects to add. Modelling and animating it will take a bit of time, so it may take a while.

Maybe it could be some kind of Zombie/Slime hybrid that could be extremely dangerous ?

It's going to be an item that makes medical items more useful. Dying with 447, its items, or having used one of its items will prompt a unique game over screen. I'm not going to mention zombies since its effects aren't really well known. So the death message is going to be as vague as the wiki entry for it is. It will still be interesting though, at least in my opinion. Also makes getting the salvaged hand more useful.
51 posts
Post Reply